14.1 Teams wishing to participate in the OWSL League Cup must indicate this on their team entry application form at time of registration.

14.2 All League cup games must be played in their entirety, any game not completed will be deemed a forfeit and a fine will apply. (See appendix A)

14.3 Any team not showing for any League Cup game will be subject to a fine (see Appendix A)

14.5 At the discretion of the Board of Directors, the League Cup may be played either as a round robin tournament or single elimination.

14.6 The Under 21 Provincial and Under 21 Regional Cup will be played in the tournament format over one weekend. All other League Cups will have the Semi-finals and Finals on an alternate weekend to be designated by the OWSL Board.

14.9 If a League Cup Quarter-final, Semi-final or final is tied after 90 minutes, the outcome will be decided by Penalty kicks taken as per FIFA rules to determine a winner.

14.10 The OWSL Administrator shall be responsible for preparing the schedule.

14.11 Any Cup game requiring rescheduling will be rescheduled before the next round is to be played. Failure to schedule and play the cup game prior to the commencement of the next round will result in the automatic elimination of both teams from the Cup, No Show fines and discipline may apply.

b) If single elimination format is chosen then the HOME team is responsible to pay the game officials at the field.

c)  the fields for the Round Robin Tournament, and for all semi-finals and finals.

14.15 The League-Cup schedule shall take priority over the league schedule. (single elimination format)

14.16 The League cup draw shall be made at the Spring Coaches Meeting.

14.17 Teams from the Provincial Divisions will play as one group; South and Central Divisions being combined.

14.18 Teams from the Regional Divisions will play as one group; South and Central Divisions being combined.

14.19 Teams from the Multi-Jurisdictional Divisions will play as one group; South and Central Divisions combined.

14.20 The OWSL Board reserves the right to combine U21 and Senior divisions into one division, where numbers dictate.

14.21 The first team drawn/listed in each pairing shall be the home team.

14.23 Any player, including Guest players, may only play for one team throughout the League Cup competition. Once a player appears on the game sheet for a team during the competition, that player is then deemed to have played for that team and is "Cup-tied" to that team.

14.24 Once a player has played in an OWSL League Cup game with any team, she is cup-tied to that team for the duration of the League Cup competition and cannot play in that season’s OWSL League Cup for another team in any division in the OWSL.

14.25 If a player’s name appears on more than one OWSL team roster or game sheet within the cup competition, she will be considered ineligible for the second team listing her name and a fine will be imposed. (See appendix A)

14.27 The Standings in each Round Robin division shall be determined by game results as follows:

14.28  In the event of a tie for first place at the end of round robin play, the tie shall be decided on the following basis:

14.29 Each team will download a “Tournament game sheet” from the OWSL website and make a sufficient number of copies to cover all round robin games to be played, 3 game sheets per game will be required.

14.30 Teams will register at Tournament Headquarters at least 15 minutes prior to kick off of their first game.

14.31 Player registration books along with a complete roster of ALL players playing that day will be required to be left at Tournament Headquarters until completion of the team’s last game.

14.32 League Cup and Play-off games shall be played in accordance with OSA Published rules.

2. At the time a goal is scored

3. at the start of the second half of the game

4. at an injury for the injured player only at the discretion of the referee

5. On the team`s own throw-in only. Teams cannot piggy back with a change on the opposing team`s throw

14.36 The League Cup Administrator is responsible for:

a) Contacting the advancing teams;

b) In a single elimination tournament, contacting the advancing teams to arrange suitable dates and locations for each game. This will be done within forty eight (48) hours of the pairing having been established. At least two (2) dates should be provided for the choice of the visiting team.

c) Notifying the teams of the date, time and location of the game.

14.37 The semi finals and finals, other than for the U21 Provincial & Regional Divisions, will be held on a non-holiday weekend before the end of July and which weekend shall not conflict with the Ontario Cup. 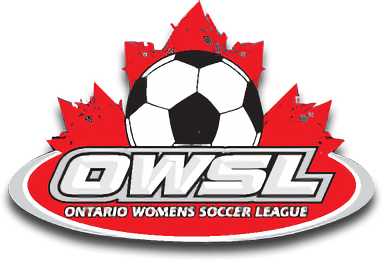